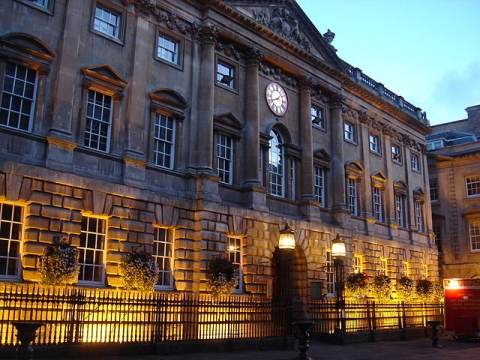 The Exchange is a Grade I listed building built in 1741–43 by John Wood the Elder, on Corn Street, near the junction with Broad Street in Bristol, England. It was previously used as a corn and general trade exchange but is now used as offices and St Nicholas Market.

The Exchange underwent major building work in 1872, including roofing over the courtyard, and again in the early 1900s when the City Valuer's Department moved to the building. Since World War II the external clock tower has been removed and the roof lowered.

Outside the building are four bronze tables dating from the 16th and 17th centuries, known as "nails", at which merchants carried out their business. At the front of the building is a clock showing both Greenwich Mean Time and "local time".